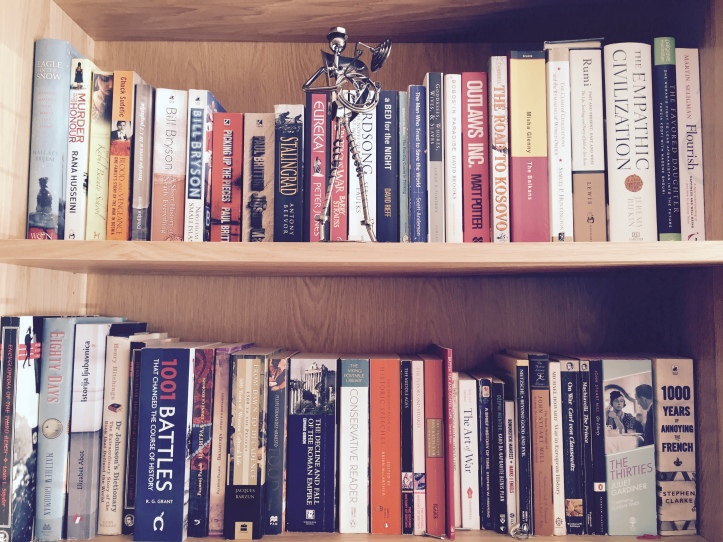 Is not finishing a book that you’re reading the same as not wanting to hear a story of a person that you just met? And if it is, does this make you feel bad?

When I was younger, I read books to the end, even if I didn’t like them for whatever reason, they were boring, I didn’t really understand them, I found them illogical, it doesn’t matter – I finished them.

I didn’t know what to think about it first and I felt really bad, but then I realized that not finishing the books I read fits into my new take on priorities and time management  – so I set up a new Don’t rule: don’t read books that you don’t feel like reading. Simple. Except that it was not – I felt bad about not finishing a book, unless it was a really bad one, according to my classification, which is very subjective, obviously.

It doesn’t happen very often to come across a book so bad that you want to push it away. Just like with people. Rarely we come across a person that leaves such a bad impression on us that we don’t want to have further contact with them. Once it does, we don’t feel bad about it, do we?

So, why do I feel bad when a certain book makes me feel like I don’t want to hear its story? When it doesn’t make me feel comfortable. Why do I want to return to it?

Sometimes I would give it a second chance by leaving it for a while, thinking that maybe it was not the right time for that encounter – like a love story between two right people who met at the wrong time – then, when it would appear to me that the time is right, I’d return to it and see how it goes. At times, it would go well. Other times, I’d put the book back on the shelf and leave it until… later. Maybe when I retire and have more time for returns…

Do books deserve a second chance?